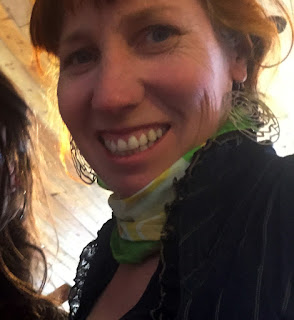 Leonie Van Eyk is a longstanding employee of Arts Access. Over a fifteen year span Leonie has worked as a lead artist, filmmaker, performer, puppeteer, stage manager and supporting artist. She is currently based in Castlemaine, and has been busying herself with all kinds of local engagements, documenting artistic processes, animating, visual projections, directing puppetry and presenting works in unusual displays, one being a projection on a block of apartments as part of a collaboration between Splash Arts and Housing Choices. She recently completed two diplomas in Advanced visual arts, specialising in Photography and the other in Interactive Digital Media. Her Passion for collaboration fulfils a need to be around creative people as much as it to impress upon people the notion of starting with nothing and discovering something beyond imagination. Leonie has worked alongside some of Melbourne's greater known companies such as Black Hole Theatre, Weave Movement Theatre, Arts Project Australia, Polyglot, Snuff Puppets and Ignition Theatre. 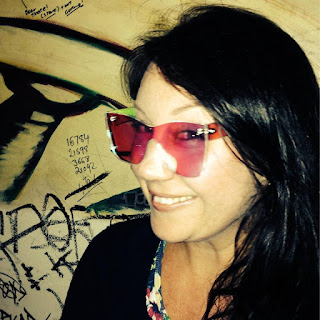 Linda is an internationally renowned artist, independent curator and community arts facilitator, with numerous solo and group exhibition both nationally and overseas, including Divus/Creative Spaces and AM180, Prague ČR and Chronology at Synergy Art Space, Melbourne. Linda has completed a Masters in Drawing at RMIT University and Master by Research at the Academy of Art, Prague, Czech Republic. Linda is the recipient of the 2003 RMIT Exhibitionist Art Prize and the NAVA Freedman Foundation Traveling Scholarship 2002. In addition Linda has worked as a graphic designer, set designer, Gallery Coordinator and as an interpreter. 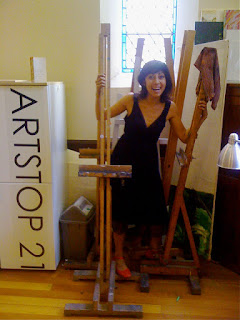 Tanya has exhibited works in Thailand and two Australian cities and studied various modalities, most formally documentary filmmaking, journalism and fashion. Her interest in community development principles and activism has seen her lock herself inside radio booths across Brisbane and Melbourne, hosting shows on the arts and politics.
Tanya is a passionate proponent for greater gender equality which has seen her form a social learning hub for women, present a national show on women's current affairs and found an annual small film festival highlighting works of local female directors. An enthusiasm for working with young people has called her to collaborate on projects making digital stories and teach ESL to junior and high school.
A hobby painter, Tanya currently runs her own business hosting art parties for kids and works as Lead Artist with Diversity and Disability at the Migrant Resource Centre North West. Her favourite medium is nonfictional storytelling. 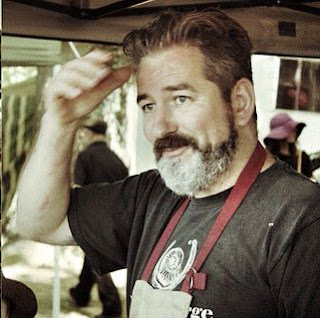 I was 16 when I began my studies in art
(printmaking) at the East Sydney Technical College, School of Fine Arts (1986-1989). I followed this at the University of New South Wales, College of Fine Arts 1991-92 as a printmaking technician shortly after I pursued a Post Graduate Diploma from Sydney College of the Arts (University of Sydney – 1993). In 2007, I completed a Master of Fine Art in Printmaking at the National Art School, East Sydney and in between I went to Europe and the US, where I studied artists printmakers. There’s a clear pattern. I love art and art-schools.

My Masters thesis was about that love, exploring the social and individual benefits of art while asking awkward questions about why we have so many artists and art schools in a country which (fiscally speaking) does not love art. Art; has wonderful benefits for individuals and society.
For a few it makes money, for many it gives them life. Art is important, it helps people. 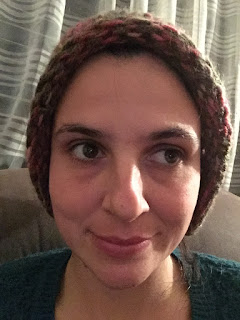 Melody Henderson is an artist from the Footscray area who has studied both social work and art. Melody has been involved in the Melbourne music and art scene for over 15 years and has exhibited in numerous solo and group shows and played music in various venues. Melody endeavours to introduce art group participants to creative tools across different media that enable play, expression and a sense of purpose and belonging.

Support Artists
Support Artists employed by Arts Access Victoria work alongside the Lead Artist to deliver the workshops. This includes providing individual support, as required, to participating artists under the direction of the Lead Artist as well as support the lead artist in the development and implementation of art practices and outcomes. 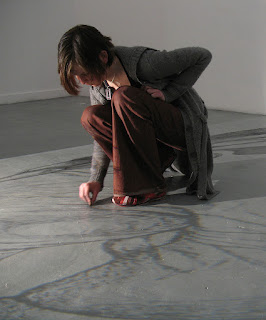 Kim Anderson is an artist, curator, and writer based in Ballarat.  Traditional drawing techniques form the basis of her practice, however she also incorporates more ephemeral methods such as projection, site specific drawing, and the use of alternative surfaces and spaces to produce and present work.

Kim completed a Bachelor of Fine Arts (Honours) at the University of Ballarat Arts Academy, and a Master of Fine Art at the University of Dundee in Scotland.  Since then she has been selected for residencies in Rome, Japan and Scotland as well as around Australia.  Kim has exhibited all around Australia and internationally, and been a finalist in a number of prestigious awards including the Rick Amor Drawing Prize and the Hazelhurst Works on Paper Award.  In 2010 she was the recipient of an Australia Council ArtStart award, and she has created and curated projects funded by the Moreland City Council, Regional Arts Victoria, Creative Victoria and the City of Melbourne.

In 2014 Kim was curator of the Skin Gallery in Melbourne, an initiative between Arts Access Victoria and the Skin & Cancer Foundation Inc. 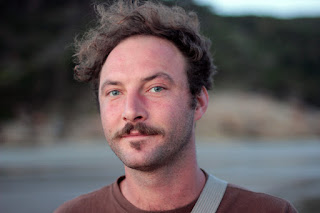 Alesh Macak is a Melbourne based Video Artist, Animator and Arts worker at Arts Access Victoria. Macak recently started Mirador Productions a Video Production and Animation business. He is Co-founder and Arts Facilitator at Inkling workshop, a printmaking and multi arts studio in Docklands, established in 2014. Macak graduated with Distinction in Masters of Creative Media in Animation and Interactive Media at RMIT University and has completed a Bachelor of Fine art at the Victorian College of the Arts. Macak uses stop motion animation, photography, illustration, video and music to create short films, immersive video installations and live projections for bands, contemporary dance and theatre. Macak has created music video clips, worked as an animator on documentaries and had his work shown at film festivals and galleries in Melbourne and abroad.